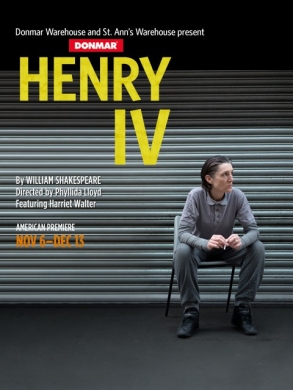 The announcement was made last week that the BBC plans to air four stage productions of the Bard’s plays in 2018.

Phyllida Lloyd’s all-female productions of Julius Caesar, Henry IV and The Tempest, all filmed at the Donmar’s pop-up theatre in King’s Cross, will be one of the TV highlights. Julius Caesar will be on BBC Four and the others on BBC iPlayer.

The Almeida theatre’s four-hour production of Hamlet, directed by Robert Icke, will be shown on BBC Two. It was critically acclaimed with the Evening Standard describing Scott’s performance as “career-defining”, and Kate Kellaway, in the Observer, calling the show an “all-consuming marvel”.

As a U.S. resident, I’ll be anxious to see if and how I might be able to see these broadcasts. It is good news, in any case.

Read the full report in The Guardian here.

I am a writer from southwestern Ohio, and a frequent speaker at churches, conferences, and retreats. My books include The Bard and the Bible (A Shakespeare Devotional).
View all posts by writerhoss →
This entry was posted in Bard, Performances, Plays and tagged BBC, Hamlet, Henry IV, Julius Caesar, shakespeare, The Tempest. Bookmark the permalink.